An engineered enzyme could make it easier to recycle plastic bottles

Recycling isn’t as guilt-free as it seems. Only about 30% of the plastic that goes into soda bottles gets turned into new plastic, and it often ends up as a lower strength version. Now, researchers report they’ve engineered an enzyme that can convert 90% of that same plastic back to its pristine starting materials. Work is underway to scale up the technology and open a demonstration plant next year.

“This is a huge step forward,” says John McGeehan, who directs the center for enzyme innovation at the University of Portsmouth and who was not involved with the work.

Polyethylene terephthalate (PET) is one of the world’s most commonly used plastics, with some 70 million tons produced annually. PET bottles are already recycled in many places. But the current approach has problems. For starters, recycling companies typically end up with a broad mix of different colors of the plastic. They then use high temperatures to melt those down, producing a gray or black plastic starting material that few companies want to use to package their products

Instead, the material is typically turned into carpets or other low-grade plastic fibers that eventually end up in a landfill or get incinerated. “It’s not really recycling at all,” McGeehan says.

To get around this concern, scientists have searched for enzymes in microbes that break down PET and other plastics. In 2012, researchers at Osaka University found one such enzyme in a compost heap. That enzyme, known as leaf-branch compost cutinase (LLC), snips the bonds between PET’s two building blocks: terephthalate and ethylene glycol. But LLC, which evolved to break down the waxy protective coating on many plants’ leaves, slowly breaks apart PET bonds only, and falls apart after just a few days of working at 65°C, the temperature at which PET begins to soften, which allows the enzyme to more easily wiggle into the polymer to reach the links it seeks to break.

To re-engineer LLC, Alain Marty, the chief scientific officer at Carbios, a sustainable plastics company, teamed up with Isabelle Andre, an enzyme engineering expert at the University of Toulouse. They started by analyzing the crystal structure of the enzyme, identifying key amino acids at the site where the enzyme binds to the chemical linkers between PET’s terephthalate and ethylene glycol groups. They also looked for ways to make the enzyme work at higher temperatures.

The researchers then generated hundreds of mutant enzymes changing amino acids at the binding site and adding in heat-stabilizing ones. They then mass produced the mutants in bacteria and screened them to find efficient PET breakers. After repeating this process for several rounds, they isolated a mutant enzyme that’s 10,000 times more efficient at PET bond breaking than the native LLC. It also works without breaking down at 72°C, close to the temperature at which PET becomes molten.

In a small reactor designed to test the enzyme, the team found that it could break down 90% of 200 grams of PET in 10 hours. The researchers then used the terephthalate and ethylene glycol building blocks generated by the enzyme to generate new PET and produce plastic bottles that were just as strong as those made from conventional plastics, they report today in Nature.

“This is very exciting,” McGeehan says. “It shows this is really viable.”

Whether it will be economically viable remains unclear, however. McGeehan notes that one main advantage is that the enzyme has no difficulty in making pure PET building blocks from a mix of plastics containing ones other than PET, even PET bottles of different colors. That’s because the engineered enzyme only breaks bonds linking the two PET components, returning them to their original form, while ignoring dyes and other plastics in the mix. As a result, he says, companies and consumers may be willing to pay a bit more for a recycled plastic that is as durable and attractive as the virgin material.

Marty says that Carbios is building a demonstration plant that is expected to recycle hundreds of tons of PET per year. The enzyme can’t recycle other major types of plastics, such as polyethylene and polystyrene, which have bonds between building blocks that are harder to break. But if successful, it could make it help society deal with one of the most challenging plastic problems we face. 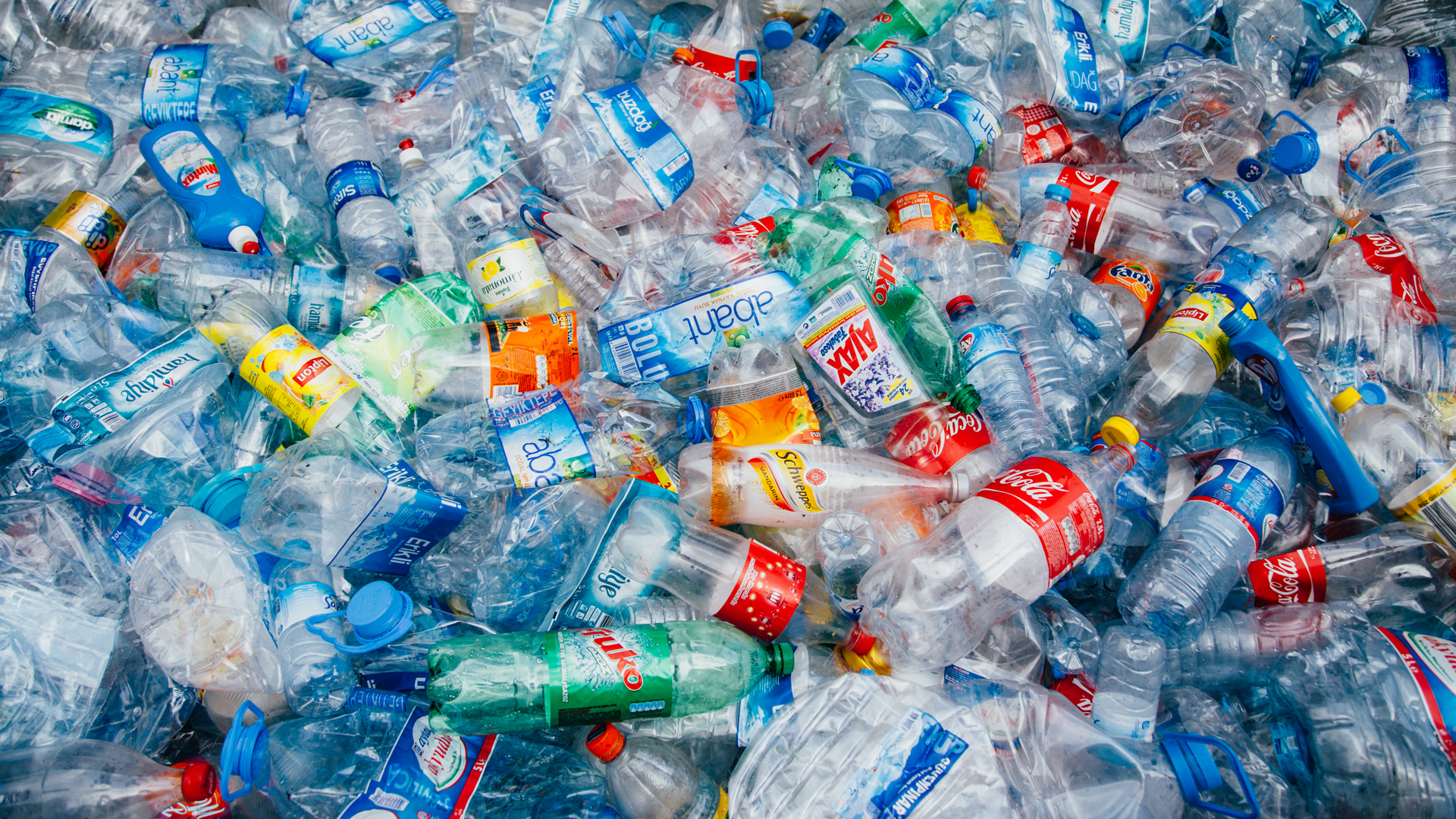