Asteroid Nereus Cruised Past Earth Today. In 39 Years It Could Be Mined For $5 Billion In Precious Metals

The possibility of space mining in future was thrown into sharp relief this weekend as a Near Earth Asteroid (NEA) called 4660 Nereus passed our planet.

Worth an estimated $5 billion in precious metals and measuring 330 meters across, Nereus at no point came anywhere near being dangerous, getting no closer than 2.4 million miles/3.9 million kilometers at 13:51 UTC on Saturday, December 11, 2021.

That’s about 10 times the distance between the Earth and the Moon.

So why so much attention on Nereus?

There seemed to be a lot of misunderstanding about how dangerous—or otherwise—Nereus could be to Earth.

That’s because Nereus belongs to the subgroup of NEAs known as Apollo asteroids, which means that it will cross the path of Earth’s orbit at some point.

It’s actually what this NEA could do in the future that earns it the title of being “potentially hazardous.”

“4660 Nereus is not only a near-Earth asteroid but is also classified as a potentially hazardous asteroid, as it will be flying only 1.2 million kilometers from Earth in February 2060,” said Franck Marchis, Chief Science officer for Unistellar, which makes digital telescopes. That’s still five times the Earth-Moon distance.

Although Nereus flew safely past Earth this time at a large distance, could “space miners” attempt to land on it when it makes that closer pass in 2060? Perhaps. “As a regular guest of our planet, Nereus could play a significant role in the future of space exploration, providing key resources,” said Marchis.

Nereus is thought to be composed of $4.71 billion worth of iron, cobalt and nickel, though observations made this weekend by Earth-based telescopes will refine its characteristics. 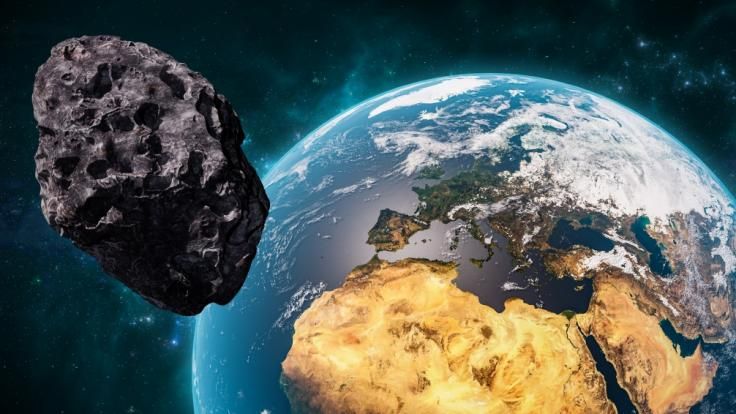