Can this new EU directive reduce the amount of E-waste in the EU?

Slashing e-waste was a major driver in European Union lawmakers’ proposal last month to mandate a universal charger for mobile phones and other devices. But there are still a lot of other factors that have to come together for the measure to make a meaningful difference in the world’s e-waste problem.

Piled together, unused and discarded chargers add up to about 11,000 metric tons of e-waste in Europe annually, according to the European Parliament. They’re hoping to shrink that pile by eliminating the need for different chargers for different devices — so in just a couple years, most new mobile phones will likely need to come with a USB-C charging port to be sold in the EU. Making the switch to USB-C will ultimately help consumers save up to 250 million euros a year “on unnecessary charger purchases,” the EU says.

The move isn’t expected to make a huge dent in the massive amount of e-waste piling up around the world, experts tell The Verge. Still, the decision might have a more symbolic significance. It sets an example of how tougher regulations can force Big Tech to change wasteful habits.

“It’s an important step, but it’s definitely not solving the e-waste problem,” says Ruediger Kuehr, head of the United Nations Institute for Training and Research office in Bonn, Germany, and manager of the Sustainable Cycles Programme (SCYCLE).

Part of the problem is the sheer magnitude of devices that ultimately become e-waste, of which chargers make up a small fraction. “[11,000 metric tons] might sound like a lot, but it’s very tiny,” says Josh Lepawsky, a professor at Memorial University of Newfoundland who researches e-waste. “In terms of this being presented as a solution — even a partial solution to e-waste — I think is a stretch,” Lepawsky says.

Whether the EU’s new rule would even eliminate the 11,000 metric tons of chargers scrapped in Europe each year is a tough call. The new mandate, which the European Council and European Parliament are expected to formally approve later this year, also applies to chargers for other electronic devices: including tablets, e-readers, headphones, digital cameras, handheld video game consoles, and portable speakers.

How successful the measure is at reducing e-waste depends a lot on a wild card: human behavior, says Sara Behdad, an associate professor at the Engineering School of Sustainable Infrastructure & Environment at the University of Florida. “The question is whether we use that standardized part to make it easier for users to consume more, or do we use the standardization to encourage reuse, repair and recovery?” Behdad says.

In one scenario, if standardizing chargers brings manufacturing costs down because it increases efficiency, there’s a risk that lower prices might encourage people to buy more chargers. Maybe they’ll want to buy one for each room, Behdad posits — and that could become more e-waste.

On the other hand, Behdad points out, standardizing parts is generally seen as a way to make it easier to repair and recycle any electronic device. Old chargers aren’t usually repaired and reused. They’re more likely to languish in someone’s junk drawer or wind up in the trash. If they do make it to a recycling center, they’re typically lumped in with other household electronics and shredded. Once shredded, any valuable materials can be recovered.

The most desirable material to be found in chargers, Kuehr says, is copper. And if recyclers decide to prioritize recycling chargers, standardization might make it easier for them to build up the infrastructure to sort out chargers and improve the quality of material recovered from them.

In the meantime, there could be a bumpy transition from older devices to a universal charger. There’s a chance there could be a temporary uptick in e-waste if people retire devices early that aren’t in compliance with the new standard. The mandate is supposed to go into effect in 2024, toward the end of the year. The standard will eventually also apply to laptops, but that transition will take longer: 40 months after the rule goes into force.

Kuehr is confident, however, that there will ultimately be at least some reduction of e-waste after the transition period. “With any innovation, there is first a step back before we are making several steps in advance. I think it’s also quite similar here,” Kuehr says.

In the short term, Kuehr and other e-waste experts say it’s a big deal that EU lawmakers have cracked down on e-waste by setting new regulations. For years, the EU has tried to push companies to voluntarily move to a universal charger. While there’s been progress on that front, Apple is a clear outlier with its Lightning accessories. European lawmakers now seem ready to wield a stick rather than carrots to get everybody on board.

Apple did not immediately respond to a request for comment from The Verge but has previously pushed back against the mandate. “We remain concerned that strict regulation mandating just one type of connector stifles innovation rather than encouraging it, which in turn will harm consumers in Europe and around the world,” the company said in a statementto media back in September. Apple might be able to get around the new rule, however, if rumors are true that it has considered making new phones that only charge wirelessly. The USB-C standard so far applies to devices that charge via a wired cable. (For more on what might happen to Apple’s Lightning cables, check out this story by The Verge’s Jon Porter.)

“Apple needs to take its innovation and focus on the problem of society, which is e-waste,” says Scott Cassel, CEO and founder of the nonprofit Product Stewardship Institute, which advocates for policies that would require companies to deal with their products responsibly once consumers are done with them.

Europe has been early to implement those kinds of “extended producer responsibility” policies, serving as a model for a patchwork of similar policies some states have adopted in the US. Cassel is optimistic that the new step the EU took on chargers could signal similar — or potentially even more sweeping — changes in other parts of the world that will reduce e-waste.

“The EU tried voluntary initiatives. It didn’t work. And so, it shows a strong need for political will to address this global problem,” he says. “My initial reaction was hallelujah, it’s been a long time coming... Whose home is not tangled in cords?” 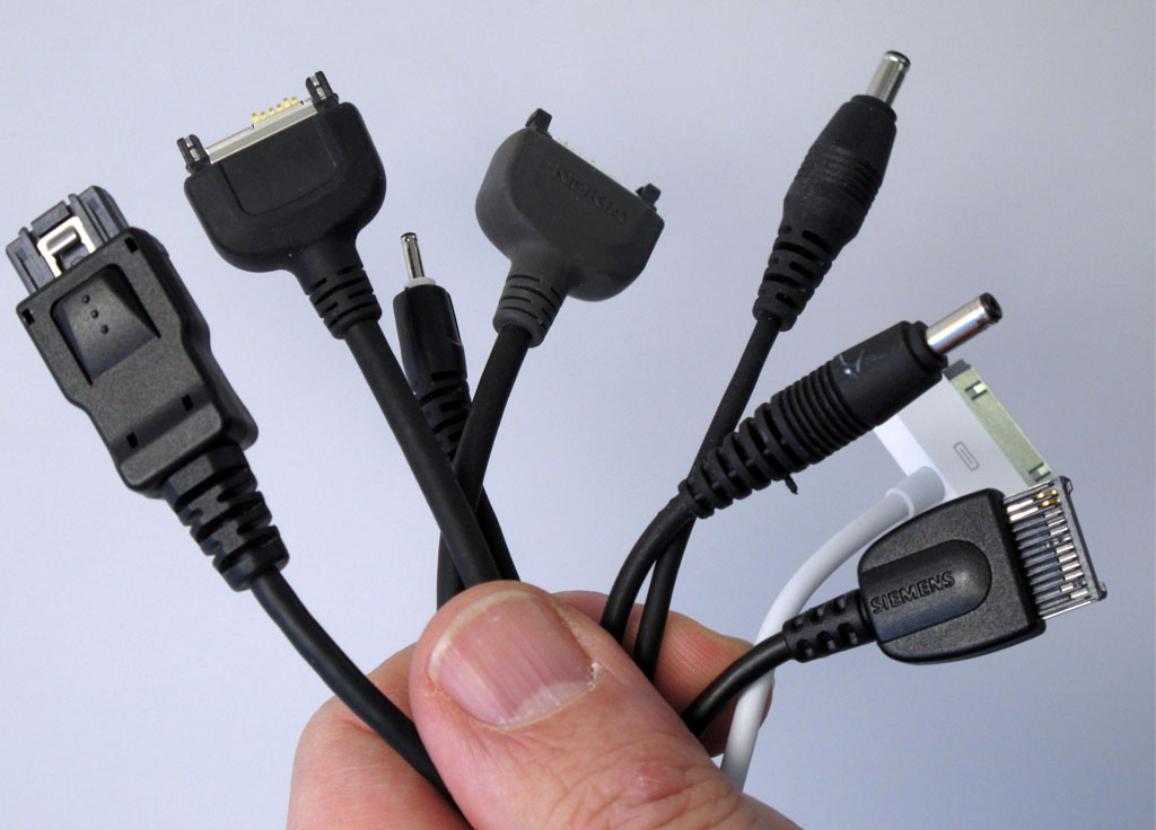