Police have warned gangs are stripping cars of catalytic converters with some jacking up vehicles in broad daylight to steal valuable metal.
Thieves are cashing in on lucrative prices for rhodium, palladium and platinum in the devices.

The metals which clean cars’ toxic gases can be recycled for use in jewellery, dentistry and electronics. Rhodium can command prices of up to £2,000 an ounce, twice the value of gold. Palladium and platinum trade at 70% to 80% the value of gold.

BMW, Audis and VWs are being targeted, according to the police who have urged car owners and businesses to take protective steps to make the catalytic converters harder to steal.

Met police superintendent Ricky Kandohla said they were increasingly concerned about the thefts, some of which he believes are linked. Officers are targeting areas suffering the biggest increases in an effort to track down suspects.

“We have identified specific owners of vehicles that may be targeted and provided them with crime prevention advice,” he said.
The crimewave reverses a decline in the number of metal thefts from a peak six years ago which led to the introduction of new laws making it illegal to buy scrap metal for cash.

Industry experts attributed much of the decline to a fall in metal prices but say thefts are now increasing as prices jump to new highs.

The British Metals Recycling Association said there were rising thefts of lead and copper from church roofs, copper rail signalling cable and even iron drain grates. The 600-year-old All Saints Church in Northampton faces closure after a £160,000 raid on its copper roof this summer.

4X4s such as Shoguns have also been targeted by the gangs, because they have have a high clearance off the road making their catalytic converters accessible. Honda Jazzes and Accords are also favoured because their older devices are particularly easy to reach and rich in the precious metals.

A professional gang can jack up a car and use a battery-powered steel cutter or angle-grinder to steal the catalytic converter within five minutes.

One theft in Tooting, south London, this month was so brazen that the gang stole the converter from a Honda Jazz in broad daylight in front of neighbours who thought the criminals were garage mechanics. Other have used the cover of dimly-lit streets and rain to mask the noise of their cutting machinery.

Police have advised etching security details into the converters, installing extra bolts or protective sleeves to make them harder to cut out and “defensive parking” against a wall or by another lower-slung vehicle to make it more difficult to reach under.

Businesses or even homeowners with high numbers of vehicles parked overnight are recommended to deploy CCTV, secure perimeter fencing and security lighting which stays on from dusk until dawn.

While thieves might make £300 from a catalytic converter, car owners are left with repair bills of £2,000.

Ian Crowder, of the AA, said it was rural as well as urban as gangs often targeted county shows where hundreds of vehicles were parked for long periods.

He said: “It’s not an amateur job to recover precious metals as they are toxic and you need various chemical treatments to extract them. They are done by factories particularly overseas. When sufficient are collected, they will put them in a container and ship them off." 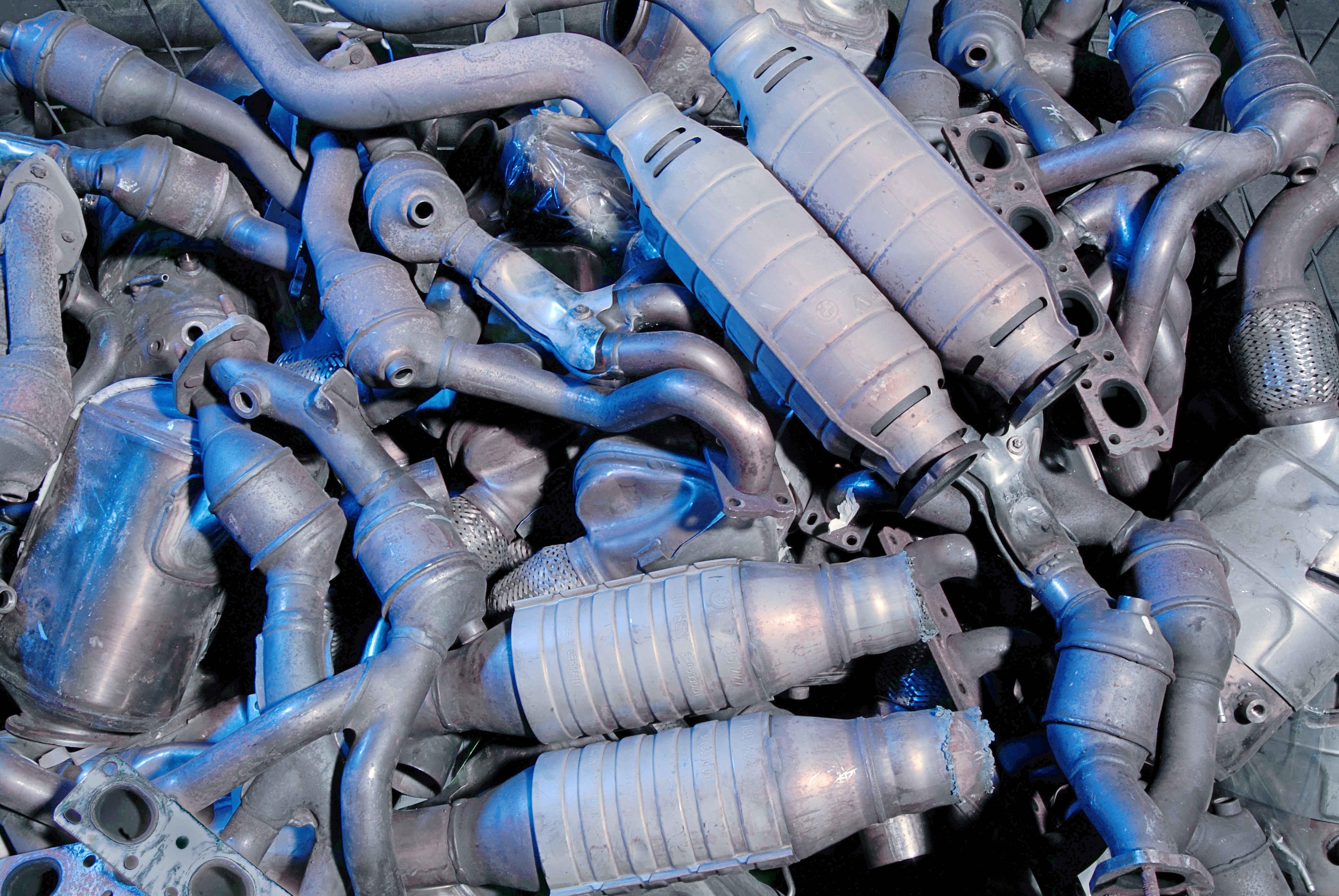