Companies are being pushed to avoid waste creation amid waste export bans.

In less than two months, a ban on exporting Australia's waste is due to begin and researchers say attention needs to shift to avoid creating waste, to stop the problem piling up in the first place.

"The end of a product's first life ought to be disassembly and reassembly, or repair and repurpose," ATSE chief executive Kylie Walker said.

"Then only after all those things have failed, should we start looking at how do you melt down and recycle, or extract the component resources."

Legislation currently before the Senate includes a ban on the export of waste plastic, paper, glass and tyres, which is scheduled to be phased in from the beginning of January.

There were 4.4 million tonnes of waste exported from Australia in 2018-19 and that annual amount will soon have to be dealt with onshore.

The Federal Government has increased its involvement in recycling — previously the domain of the states and territories — and the latest Budget included $250 million for the recycling sector.

Of that funding, $190 million is for a fund to spur investment in infrastructure to sort, process and turn waste into new products.

The further $59.6 million will go towards implementing the National Waste Policy Action Plan, which has been agreed to by all levels of government.

The plan's targets include a 10 per cent reduction in waste generation per person, increasing resource recovery to 80 per cent across all waste streams and halving organic waste sent to landfill by 2030.

The ATSE report concludes those goals will be "difficult to achieve without focusing on avoidance".

It found that while the plan prioritises avoidance in principle, its "measures are heavily weighted towards waste collection and recycling, rather than avoidance, reuse, repair of remanufacture."

However, Ms Walker said she was optimistic based on ATSE's consultation with companies, industry groups and government as part of the report.

"The technology and the skills already exist to make this a reality, so what we need now is the legislative and regulatory framework, the consumer will, the manufacturers' will, they all go hand in hand," she said.

'Prevention is better than cure'

The ATSE report has recommended legislation be introduced to improve the consumers' right to have products repaired, to avoid creating waste unnecessarily.

As part of the National Waste Policy Action Plan, the Government committed to reviewing that possibility by 2021.

Some companies have already implemented their own programs to extend the life of their products, including furniture giant IKEA.

IKEA's sustainability business partner Bhumika Selot said customers can now bring goods back to a store, to pick up a spare part or screw.

There's also a buy-back program, to encourage customers to return items in exchange for a voucher, to be cleaned, checked and resold 'as is'.

"We are seeing that the customer behaviour mindset is changing… what is the reusability of that [product] and if it cannot be reused by them, pass it on to another house or another family."

Ms Selot said repurposing the materials from old IKEA furniture into new items, rather than using new wood, is a long-term goal, but it is constrained by the technology and infrastructure available in some countries.

"Globally, there is an ambition that prevention is better than cure, but a lot of times it doesn't happen," she said.

Part of the Budget funding for the implementation of the National Waste Policy Action Plan will be allocated to increasing the availability of data about what waste is ending up where.

Ms Walker said data capabilities should be used to hold companies to account for the waste created from what they make and sell.

"It could be used to regulate and to keep track of products… to say if you design something that is faulty or designed to fail, then you have to be accountable for that, or responsible for managing that."

At the smaller end of the scale, she said it could also be used to inform consumers about where products come from, what they're made off and how they should be disposed of or where they should be taken to, to avoid ending up in landfill.

"We've got the capabilities and the computing power now and the technology to be able to embed tracking devices, or barcodes even at the very simple end of things, into all products," Ms Walker said.

The report recommends that data collection and sharing be mandatory, for manufacturers, waste recovery businesses and governments. 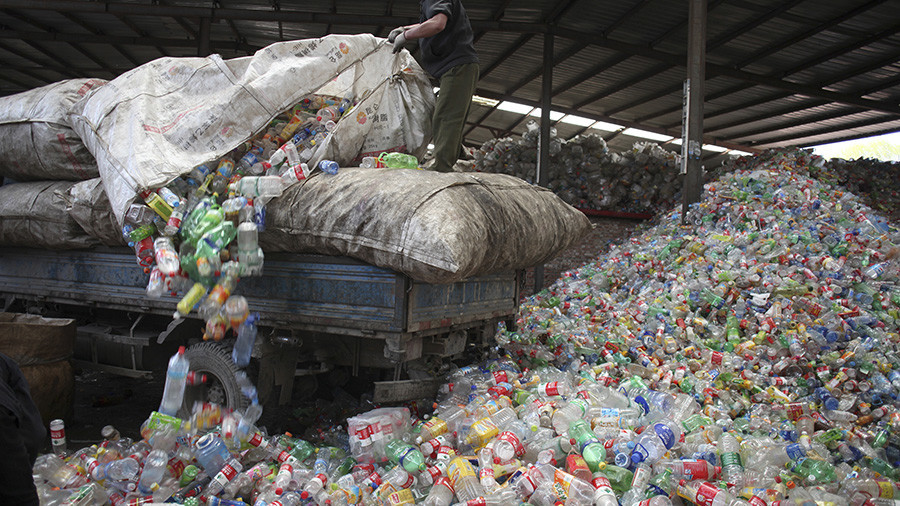