Did you know that new metals have been found, that share attributes with black holes? And why should you now about them?

Scientists have found a new “strange metal” that behaves in ways they can’t quite understand.

But the discovery could be key to finding out an explanation for a phenomenon that has troubled researchers for decades.

Finally solving that problem could lead to a variety of breakthroughs, such as lossless power grids and quantum computers. It also appears to be linked to some of the fundamental constants of the universe, and so could help shed light on how the cosmos actually works.

Most materials, such as copper and silver, behave in predictable and well understood ways, and scientists understand how their electrical conductance changes when they are heated or cooled.

But recently scientists have been focused on another class of materials, known as strange metals. They do not seem to behave according to the usual electrical rules. Scientists are doubly intrigued because they are thought to offer hints of the quantum world, as well as a way of understanding other phenomena that is yet to be fully explained.

Now scientists have found another strange metal behaviour and another mystery to be solved. In the material, electrical charge is not carried by electrons, as usual, but by so-called Cooper pairs that are more like waves.

Electrons are part of a class of particles called fermions, and Cooper pairs are bosons that behave very differently. Strange metal behaviour has never been seen in a system with bosons.

That could finally help solve the decades-long mystery of why this strange metal behaviour actually happens.

“We have these two fundamentally different types of particles whose behaviors converge around a mystery,” said Jim Valles, a professor of physics at Brown and an author on the new study. “What this says is that any theory to explain strange metal behavior can’t be specific to either type of particle. It needs to be more fundamental than that.”

The research, ‘Signatures of a strange metal in a bosonic system’, is published in Nature today.

Strange metal behaviour has been puzzling scientists for 30 years, since a class of materials called cuprates was discovered not to act like other metals. When normal metals are heated, their resistance goes up, until a certain point when high temperatures mean the resistance becomes constant – but in curates, that doesn’t happen, and the strange metals refuse to obey the expected rules.

To better understand why it was happening, scientists used a cuprate material that had tiny holes in it to produce the Cooper pairs. They cooled it down and watched how its conductance changes – and found that it was behaving like fermionic strange metals.

That doesn’t explain where the strange behaviour is coming from. But it does give a new piece of information for them to try and understand it better.

“It’s been a challenge for theoreticians to come up with an explanation for what we see in strange metals,” Valles said. “Our work shows that if you’re going to model charge transport in strange metals, that model must apply to both fermions and bosons — even though these types of particles follow fundamentally different rules.” 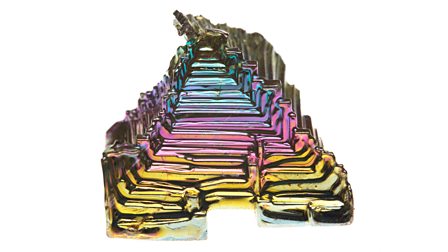