They audit Bitcoin transactions in exchange for an opportunity to acquire the digital currency.

Attention has been focused on the electricity this consumes - currently more than the Philippines - and the greenhouse gas pollution caused as a result.

But as the computers used for mining become obsolete, it also generates lots of e-waste.

The researchers estimate Bitcoin mining devices have an average lifespan of only 1.29 years.

As a result, the amount of e-waste produced is comparable to the "small IT and telecommunication equipment" waste of a country like the Netherlands researchers said - a category that includes mobile phones, personal computers, printers, and telephones.

The research is published in the journal Resources, Conservation & Recycling.

As electricity is a key cost for Bitcoin miners, they have sought out ever more efficient processors.

But ASICs are so specialised that as they become obsolete, they cannot be "repurposed for another task or even another type of cryptocurrency mining algorithm", the researchers write.

But while the chips can't be reused, much of the weight of Bitcoin mining equipment is made up of components such as "metal casings and aluminium heat-sinks" which could be recycled.

Globally just over 17% of all e-waste is recycled. However, the number is probably less in some of the countries in which most miners are based, where in many cases regulations on e-waste are also poor.

Many industries are struggling with a global chip shortage.

In addition to producing large amounts of e-waste the researchers argue that "rapidly cycling through millions of mining devices may disrupt the global supply chain of various other electronic devices".

They suggest that one solution to the problem of e-waste would be for Bitcoin to change the way transactions are verified, to a different less computing-intensive system. 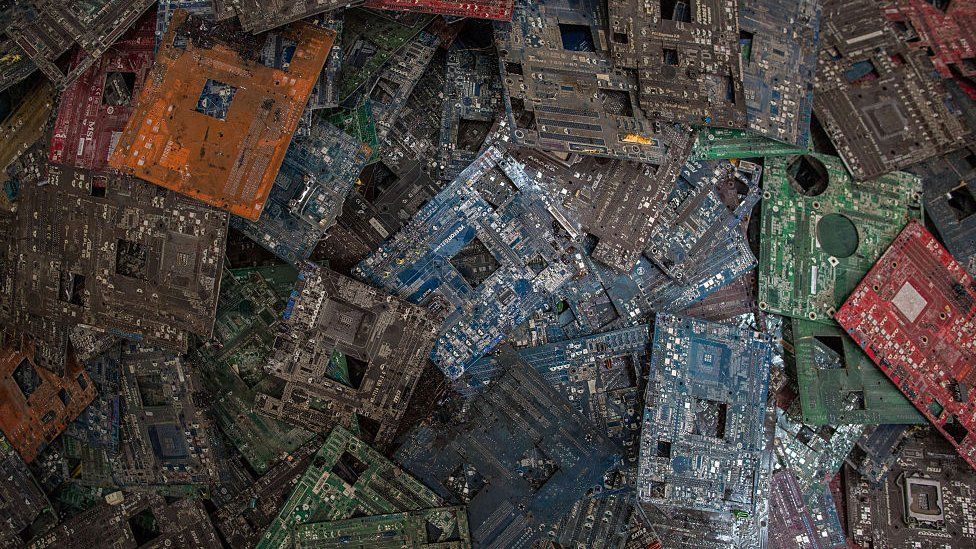