Is it time for change towards sustainability in e-waste?

E-waste is one of the world’s fastest growing waste streams, with 53.6 million metric tonnes of global e-waste generated in 2019 alone, the equivalent weight of 350 cruise ships.

It’s constantly mounting up. We’re all guilty of contributing to the problem – it’s estimated that the average person upgrades their mobile phone about every two and a half years, while businesses typically upgrade IT hardware every three to five years. This equates to a huge volume of redundant IT hardware in a relatively short space of time and, when not disposed of correctly, its toxic substances can cause serious harm to the environment as well as human health. This is an issue we cannot afford to ignore any longer.

But what happens to these ageing, broken or redundant devices? The Stone recently conducted research and found that recycling isn’t always the obvious solution. Nearly half of UK office workers admitted that they don’t know if their workplace recycles old electronic devices, and almost 60% admitted they don’t recycle their own electronics. This means that a huge number of devices end up in landfill or are incinerated.

While we all have our own role to play in the responsible disposal of our devices, global tech manufacturers need to step up to the challenge too. Constant promotion of new models and hardware upgrades fuel consumers’ thirst for the latest iterations, encouraging a faster turnaround of devices. MPs have, quite rightly, called for these global manufacturers and resellers to do more to collect, repair or recycle the devices they sell.

Considering that each person in the UK creates an average of 23.9kg of e-waste – the second highest per capita in the world – it’s unsurprising that an investigation by the Environmental Audit Committee found that the UK lags behind other countries when it comes to managing, collecting and treating electronic waste effectively. The report has called for the “right to repair” to become law, forcing tech firms to collect their redundant products and pay for them to be recycled, with long-term targets to be set to reduce consumption and capture vital raw materials.

It’s this accountability that is currently missing – we see many manufacturers and resellers outsource disposal to a third party with little or no knowledge of what happens next – whether the hardware is securely and responsibly recycled or dumped in landfill.

The wider channel also needs to step up and play their part. While we see manufacturers and resellers of all shapes and sizes championing the sustainability message, very few support their claims with real action. This is simply not good enough.

Not only is this crucial for the preservation of the planet for future generations, but also vital to keep pace with customer requirements and expectations, as sustainability is only going to become more important.

According to research the Stone commissioned with 250 senior decision-makers with responsibility for green initiatives in private and public sector organisations, sustainability remains a clear priority for the UK’s public and private sector organisations, despite the disruption and economic uncertainty caused by the pandemic.

Combating e-waste is a huge part of this, as a third of respondents identified the improved management of ageing IT as a priority. They found that just a fifth of organisations still send their unwanted hardware to landfill, while two in five donate their old IT hardware to charities or schools, and a third send redundant devices to an IT asset disposal (ITAD) facility.

Our research also indicated overall favourable attitudes to refurbished devices as a greener and more cost-effective method of updating IT estates. A quarter of respondents claim to buy refurbished IT where possible, 42% purchase a mixture of refurbished and new equipment, while only a third of still insist on buying new.

While it’s positive to see organisations taking steps in the right direction to more sustainable IT hardware purchasing and disposal, it’s time for the channel to take action and responsibility for the issue and give their customers the tools they need to make more responsible decisions.

If you, like many of the respondents, don't know where you can recycle your e-waste- shoot us inquiry for your e-waste collection! 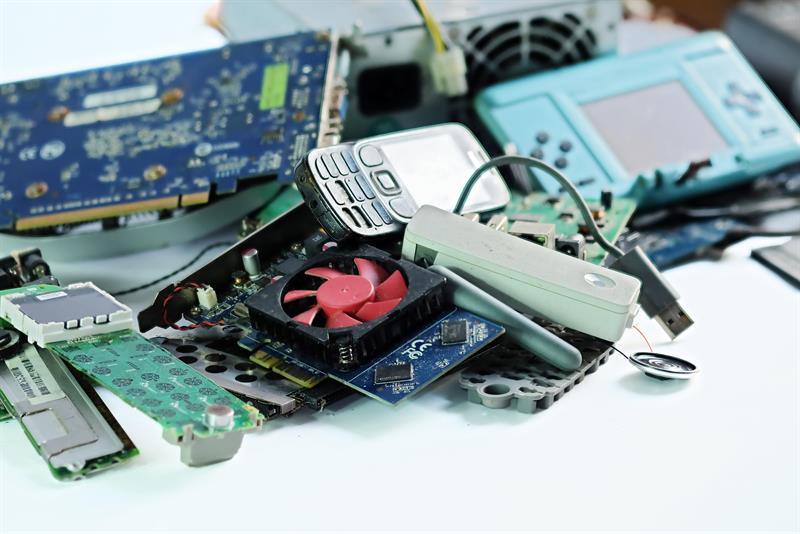