Kedah, Malaysia is in danger with their source of water under threat of pollution from e-waste dump

A former sand mining pool next to a main water source for Kedah and Penang is now filled with e-waste, raising concerns of a looming pollution crisis amid a water shortage caused by the current dry spell in the region.

A check by FMT found that the three-acre mining pool at Kampung Belida near Kuala Ketil, once a popular fishing ground for anglers, is now topped with rubbish.

Just metres away is Sungai Muda, which supplies water to over 50,000 padi farmers, as well as the main source of water for Kedah and Penang.

Villagers who spoke to FMT said they feared that e-waste metals could easily seep into the river bed.

This comes as Kedah faces a water shortage, with Sungai Muda’s water level dropping from the usual 2m to 1.4m due to the dry spell.

Six months ago, environmental experts sounded the alarm over another dumping ground on the banks of the same river: a six-acre site near Sidam Kiri, Padang Serai, which was filled with plastic waste from all over the world.

The waste comprised mostly electronic parts such as computer chipboards as well as municipal waste from abroad.

Checks at the Kampung Belida dumping ground showed similarities with other illegal dumps in Sungai Petani. There were plastic pellets and municipal waste from Canada, France and other developed countries.

“The mining pool used to be 20 to 30 feet deep. And had water in it. But now it is filled with plastics to the brim.

“We have complained many times but no action has been taken,” Aziz, from Persatuan Tindakan Alam Sekitar Sungai Petani, told FMT.

It is learnt that authorities yesterday sealed off the site from the public. FMT has contacted the Kedah government for a response.

“After mining for 20 to 30 feet deep, the sand runs out and a large crevice would be left behind,” he said.

He said irresponsible mine operators were to blame.

“Some would just ignore it and leave it to be filled with water, some will find other ways to make use of their land. These people would let contractors dump their wastes into the dredged crevices.” 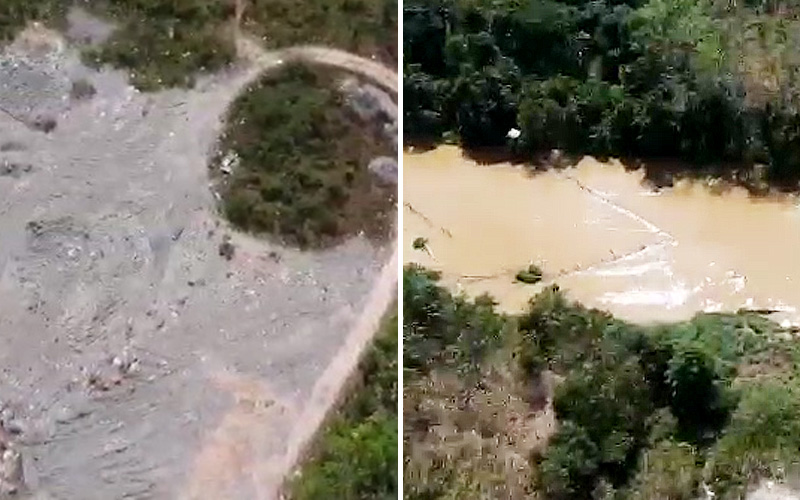