The European Union wants to make it easier to charge your cellphone and other devices.

This week, members of the European Parliament held a hearing on a measure to require smartphone makers to produce a common charger for all mobile and portable devices sold in the region, including tablets, e-readers and digital cameras.

The goal: no more frustration at borrowing a friend’s charger only to find it has a Lightning connector when you need a USB-C.

The proposal has been promoted not only as a matter of convenience, but also as a way to reduce electronic waste. Chargers have been estimated to produce more than 51,000 metric tons of waste annually in the European Union.

“We are drowning in an ocean of electronic waste,” said Roza Thun, a member of the European Parliament from Poland. “Demand grows and with it waste and exploitation of natural resources.”

Officials also say that a common kind of charger would reduce consumers’ cost because devices could be sold without a dedicated charger.

This is not the first time the European Union has tackled this topic. This week’s effort was the third attempt to untangle charging devices in more than a decade.

In 2009, when there were more than 30 different chargers on the market, the European Commission, the bloc’s executive arm, reached a voluntary agreement with industry giants like Apple, Samsung and Nokia to introduce a smartphone charger that fit all models.

But the agreement expired in 2014, and the device makers went their separate ways.

Lawmakers then introduced a similar effort to re-establish a voluntary standard for a single charging port for all smartphones. But that initiative was never adopted, in part because it failed to guarantee interoperability between devices such as speakers and keyboards with smartphones.

There are now three major types of charging plugs, according to the European Consumer Organization, which backs the effort to standardize chargers: USB 2.0 Micro B, USB-C and Apple’s Lightning.

Apple previously objected to the European Union’s proposal. A year ago, the company argued that a single standard would “freeze innovation rather than encourage it.” A new charger standard would make current chargers obsolete, it added, which is “bad for the environment and unnecessarily disruptive for customers.”

At the hearing on Monday, members of the European Parliament lamented the failure to legislate a universal charger, raising environmental concerns and blaming industry for thwarting measures.

Others pointed to the potential cost benefits of a common charger standard.

“This would allow consumers to get a better deal and to cut waste at the same time,” said Dita Charanzova of the Czech Republic.

The European Commission is scheduled to publish a study in the coming weeks to deliberate the next legislative steps.

But device makers may eventually decide the issue before the legislators do. Each year, an increasing number of phones arrive on the market with another option: wireless charging. 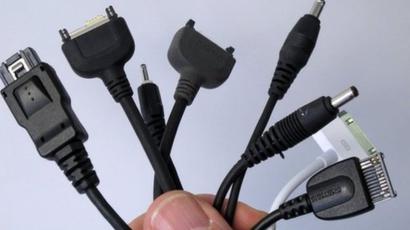