More than 94% of Brits would like to see more on-the-go recycling points installed in public places.

That’s the findings of a recent consumer research survey, conducted by the LUCID polling agency in association with Every Can Counts. While 89% of UK respondents said that they recycle drinks packaging when at home, this number drops to just 41% when out and about. 89% admit that they face numerous problems recycling on-the-go – listing a lack of infrastructure (58%) and overflowing bins (22%) as the key barriers.

When it comes to large gatherings, such as sporting events and festivals, 94% of UK respondents believed recycling provisions were currently ‘sub-par’. What’s more, a resounding 92% suggested that these events should only use recyclable drink containers.

While it’s hugely positive news to hear that the general public are committed to recycling at home, a perceived lack of sufficient infrastructure in public spaces is proving seemingly damaging to national packaging recycling rates. More than 90% of people in the UK believe that it is more important to recycle now than ever before, yet the barrier of inadequate infrastructure is proving a clear obstacle. Alongside investing in more on-the-go recycling points, we need to ensure that packaging is quick and easy to recycle.

Aluminium drink cans are the perfect example. Made from a completely circular, highly- valuable, single-source material, they can be recycled an infinite number of times.  These qualities are the reason why drink cans are both widely and easily recycled; attributes which in turn make recycling easier for everyone. Ensuring the public understands the importance and value of recycling is imperative. While improving infrastructure is essential, we need people to know exactly why they should recycle – whether at home or on-the-go.

Elsewhere in the survey, 93% of UK respondents considered recycling to be everyone’s responsibility. What’s more, while 73% stated that they had recycled more than ever during the pandemic, 82% felt that more needed to be done in general to encourage people to recycle. 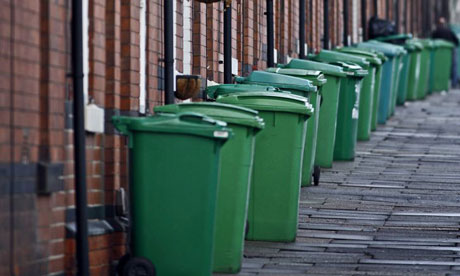