It’s the year 2035 and electric cars are taking over the roads. Petrol and diesel cars will soon be a thing of the past, the European Union has banned their sales in order to speed up the switch to cleaner mobility and mitigate climate change. Indeed, electric vehicles don’t emit any carbon dioxide when being driven, but their rechargeable batteries are causing environmental and social concerns of their own. They contain scarce and expensive metals. And once the batteries are past their prime, they are tough to recycle.

Ordinary lithium-ion batteries are made up of many individual cells and weigh hundreds of kilos. The battery pack used in the Nissan Leaf contains 192 pouch cells, that of the Tesla Model S contains 7,104 cylindrical cells, all bundled into modules that are screwed, welded and glued together to be controlled as one unit. As batteries start to pile up, carmakers, battery companies and researchers are trying to save them from ending up in landfills.

Recyclers are primarily interested in extracting the valuable metals and minerals in the cells. Getting to these materials is complex and dangerous: After removing the steel casing, the battery pack needs to be unbundled into cells carefully, to avoid puncturing any hazardous materials. The electrolyte, a liquid whose job it is to move lithium ions between the cathode and anode, can catch fire or even explode if heated. Only once the pack has been dismantled, recyclers can safely extract the conductive lithium, nickel, copper, and cobalt.

Used in the cathode, cobalt is the most sought-after material used in batteries. In its raw form, the rare, bluish-grey metal is predominantly sourced from the Democratic Republic of Congo, where miners work in perilous conditions. The world’s major electric car manufacturers are already moving away from cobalt, deterred by the human rights abuses, shortages in the supply chain, and fluctuating prices.

That raises the question of whether recyclers will still find it worthwhile to dismantle newer battery types lacking the most valuable ingredients. “When you move to more sustainable materials, and lower cost materials, the incentive to recycle and recover them diminishes,” says Jenny Baker, an energy storage expert at Swansea University. She likens this to a dilemma in consumer electronics: It is often cheaper to buy a new mobile phone than to get it fixed or recycled.

Recycling wasn’t much of an issue when EVs were still rare. There were 11 million electric cars and busses on the world’s roads by the end of 2020, and according to the International Energy Agency (IEA), there could be 145 million by 2030. Two- and three-wheelers are not even included in this figure.

As sales of EVs continue to surge, so will the volumes of spent batteries. Based on the million cars sold in 2017, researchers from the UK’s Faraday Institution, a research outfit focused on battery technology, estimated that some 250,000 tonnes of unprocessed battery packs will reach the end of their lives in 15 to 20 years. This equates to half a million cubic meters of spent batteries, enough to fill 200 Olympic-sized swimming pools—although some of these batteries will retire early when cars crash, or will be reused in other industries and recycled later.

Global capacity for recovering raw materials from used batteries is estimated at 830,0000 tonnes a year, according to the London-based consultancy Circular Energy Storage. “A lot of this is in China and not available for other markets, as import of waste batteries is banned in China,” says managing director Hans Eric Melin. Chinese companies occupy more than two-thirds of the supply chain for lithium-ion batteries. But the ban can be solved by going through recyclers in Southeast Asia, says Melin.

Europe is slowly catching up, both in terms of battery production and recycling, with car manufacturers leading the charge to reclaim the valuable materials.The IEA forecasts that recycling could meet up to 12 percent of the EV industry’s demand for lithium, nickel, copper and cobalt by 2040.

The Volkswagen Group—which includes Audi, Porsche and other brands—is recycling up to 3,600 batteries a year during a pilot phase at its new plant in Salzgitter, northern Germany. Mineral processors are also showing interest in entering the market: Australian minerals company Neometals has partnered with German company SMS group to build a battery-shredding industrial-scale plant, also based in Germany – a fitting choice of location, given that the country is Europe’s largest car manufacturer.

“Our sense of urgency to get recycling going is much higher than many people believe,” says Bo Normark, an industrial strategy executive at EIT InnoEnergy, a sustainable innovations accelerator funded by the EU. Lithium-ion batteries have a lifespan of more than ten years so it will take a while for them to pile up. But long before that—“actually, today,” says Normark—there will be a need for recycling scraps from battery production. These scraps include trimmings and other waste generated during the manufacturing process, or batteries that fail quality tests.

But before battery recycling can be scaled up, the industry needs to rethink its approach. Today’s recycling methods are crude and designed to extract only high-value materials from the cells. Gavin Harper, a research fellow at the University of Birmingham, uses the analogy of the snakes and ladders board game to explain how lithium-ion batteries are currently produced and recycled. A player starts with raw materials at the bottom of the board, moves up the board to produce a battery and aims to end at the top of the board with a fully recycled battery. The snakes, which make a player slide down by several squares on the board, are of different lengths and correspond to various recycling methods.

n a first step, recyclers typically shred the cathode and anode materials of spent batteries into a powdery mixture, the so-called black mass. In the board game analogy, this would be the first slide down on a snake, Harper explains. The black mass can then be processed in one of two ways to extract its valuable components. One method, called pyrometallurgy, involves smelting the black mass in a furnace powered with fossil fuels. It’s a relatively cheap method but a lot of lithium, aluminium, graphite and manganese is lost in the process.

Another method, hydrometallurgy, leaches the metals out of the black mass by dissolving it in acids and other solvents. This method, Harper says, would correspond to a shorter snake in the board game, because more material can be recovered: you fall back, but not by as many squares as when using pyrometallurgy. The process, however, consumes a lot of energy and produces toxic gases and wastewater.

“The Holy Grail for recycling is this idea of direct recycling, which only takes us a little way down the board,” says Harper. In simple terms: the cathode is separated out from the battery cell, regenerated in a chemical process and then placed back in a cell. “It's certainly something that’s been proven as possible and that can work. There is a furious effort to research techniques,” says Harper, referring to the ReCell Center, an American research collaboration focused on battery recycling, and funded by the US Department of Energy. Similar efforts are underway in Britain and Europe.

While some research institutes, companies and startups are trying to figure out how best to recycle lithium-ion batteries, others are working on cheaper and more sustainable types of batteries. Chinese manufacturers CATL and BYD are already producing lithium iron phosphate batteries, which are cheaper, less toxic, and cobalt-free. They are also banking on sodium-ion batteries – which use abundant sodium instead of relatively rare lithium – to become the next generation of EV batteries.

Baker says that we should stop thinking about recycling as a process to mine precious metals out of a battery pack. “The value is not just the elements, it's the combination of those elements, how they have been engineered and put together,” says Baker. In other words, to get battery recycling right, we might just need to completely redesign batteries from the ground up. 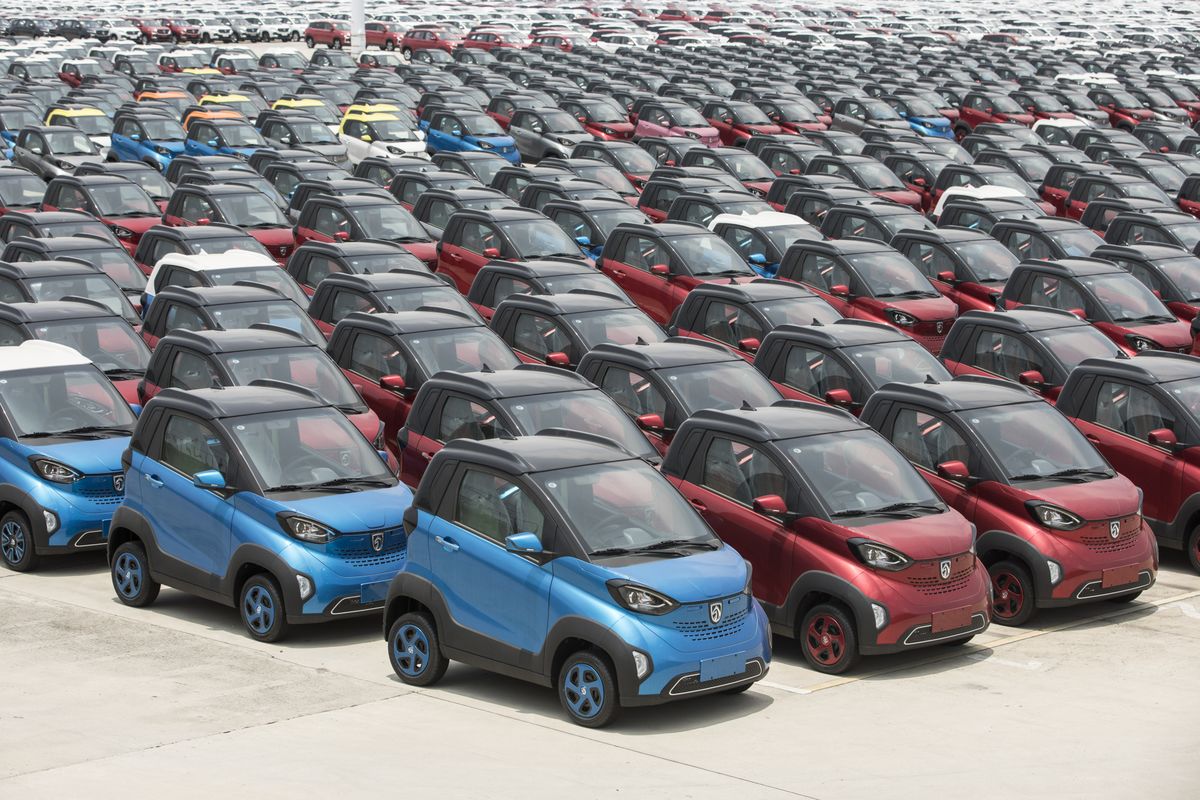