The UK just suffered what is likely its worst month of car sales since the end of World War II.

New-car registrations in April declined sharply by 97%, which lines Britain's automotive industry up for its worst sales year in almost three decades, according to the Financial Times. The Society of Motor Manufacturers and Traders claimed that a measly 4,321 cars were registered in April, which is the lowest monthly figure since 1946. April 2019, conversely, saw 161,064 cars sold.

What's bleaker still is that of those 4,321 cars sold, only 871 of them went to retail customers. The rest were purchased by fleets or businesses. 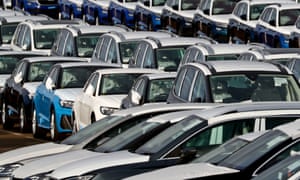