What happens if we don't recycle our e-waste?

EWToday, the average person owns three to four electronic devices. But what happens after these devices become obsolete and replaced?

The unfortunate reality is that a majority go into the trash can, generating e-waste. It may be the easiest option at the time, but it can cause more harm than many realize. When disposed of with regular garbage, e-waste is highly dangerous due to the toxic elements released.

Let’s look at what happens when electronic devices are not properly recycled.

Impact on the Soil

After you throw out your e-waste, its next destination is often the landfill.

E-waste can take thousands of years to decompose. During that time, it has a damaging and long-lasting effect on the environment. As electronics break down, they release toxic chemicals into the soil, contaminating plants and trees. Some of these chemicals include lead from circuit boards and lithium from batteries. They also have the potential to make their way into human and animal food supplies.

Improper disposal of e-waste can lead to toxins — including mercury, lead, and cadmium — flowing into the groundwater.

Groundwater makes its way to streams, ponds, and lakes, which are sources of water for animals, plants, and humans. Contaminated water poses the risk of compromising the food chain and can contribute to numerous health risks including reproductive and developmental problems, cancer, and immune system damage.

When e-waste isn’t recycled, it’s often burned in incinerators. Burning electronics may seem like a good solution to get rid of e-waste but it’s actually harmful.

Electronics are composed of plastics, glass, and metals, which produce dangerous emissions when burnt. Such emissions don’t just pose direct damage to animals and humans, they also result in an increased rate of ozone depletion and greenhouse gases, contributing to global warming and climate change.

If your trash doesn’t find itself in landfills or face the furnace, the ocean is another likely dumping area.

Millions of tons of trash, including e-waste, goes into the ocean every year. Since electronics are non-biodegradable, marine dumping is not better than any other of the options. The result of marine dumping can be deadly to organisms, disturb biodiversity, and harm ecosystems. In some situations, the presence of e-waste and associated toxins can damage ecosystems to the point where recovery is questionable, if not impossible.

Why Should You Recycle Electronics?

Besides taking care of the environment and minimizing health hazards, many reasons exist for electronics recycling. A few of them are: 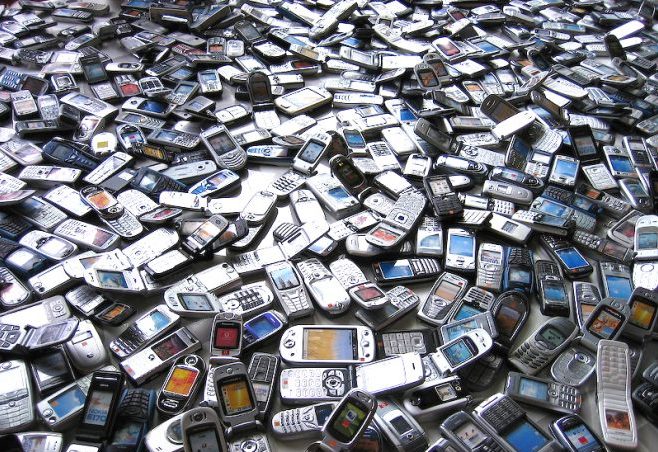